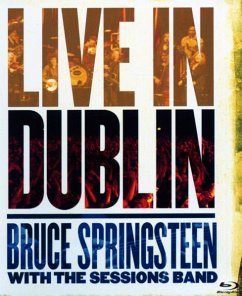 Bruce Springsteen is certainly no stranger to acoustic-based, folk-inspired music. So its not a shock that he would release a tribute album to folk icon Pete Seeger with 2006s WE SHALL OVERCOME: THE SEEGER SESSIONS. The album celebrates not just Seegers musical influence, but also the political stands the singer took, which obviously resonate with the famously progressive Springsteen. And while the E Street Band may be absent, Bruce tackles Seegers tunes in classic larger-than-life Boss style, with a huge band that includes several string players, a horn section, accordion, and more. Incorporating everything from Dixieland to zydeco into the folk/blues template, Bruce stirs up a rowdy cauldron of Americana teeming with as much pure human passion as social import. This program captures the Boss performing many of the albums tracks in a live concert recorded at Dublins The Point during a three-night stand in November 2006.Tracklisting: 01 Atlantic City 02 Old Dan Tucker 03 Eyes On The Price 04 Jesse James 05 Further On (Up The Road) 06 O Mary Dont You Weep 07 Erie Canal 08 If I Should Fall Behind 09 My Oklahoma Home 10 Highway Patrolman 11 Mrs. McGrath 12 How Can A Poor Man Stand Such Time And Live (Bruce Springsteen Version) 13 Jacobs Ladder 14 Long Time Comin 15 Open All Night 16 Pay Me My Money Down 17 Growin Up 18 When The Saints Go Marching In 19 This Little Light Of Mine 20 American Land 21 Blinded By The LightBonus Tracks:01 Love of the Common People02 We Shall Overcome